HIV Allyship, Charlie Sheen, and How to Talk About People Living With the Virus

According to multiple (if questionable) news sources, Charlie Sheen is planning on coming out as HIV-positive this week. A problematic actor often given to drug-fueled antics that land him in trouble either with the law or with the press, the media has, unsurprisingly, scrambled to paint this news in the worst possible light, with TMZ, the Enquirer, and others immediately publishing gossip, hearsay, and misinformation just as fast as their admittedly amateurish writers can churn it out. Of course, this is a gross violation of someone's private health information-- but HIV in many's minds is too salacious to stay quiet about. 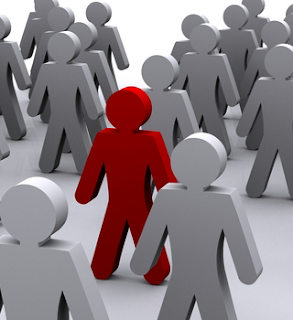 I personally don't care about Charlie Sheen. However, the narratives being established about his disease are very troubling-- not to mention harmful to the average person living with HIV in the US. While media may be scrambling to publish whatever juicy tidbits about his health and sex practices, HIV advocates and activists are scrambling to figure out how to make people understand that we have to be careful how we talk about HIV.

It's great that they do that work, but it's also important that average HIV-negative (seronegative) people show a good understanding about how to talk about the virus and the people who have it. Now is an excellent time to be an ally; both social media and celebrity news are failing monumentally. Frankly, the coverage of his announcement has been so bad that it might as well have been published in 1985, in the earliest, most fearmongering years of the epidemic. It can be hard for seronegative people to know how to respond to it either privately or publicly. Here are some handy talking points from people living with HIV (seropositive people) about how to discuss Charlie Sheen's (or anybody's) HIV.

He hasn't even made his official announcement and I've already seen people on social media proclaim loud and proud that he deserves to have HIV. Namely, Sheen is a promiscuous drug user-- many think that obviously, if anyone should catch the disease, it should be someone like him.

This is, of course, ridiculous. Addiction is hard and is even harder without having to deal with a lifelong, deadly, complicated virus. HIV can make recovery a lot harder, with feelings of shame and disgust making it difficult to take steps toward sobriety. Trust me on this one.

Additionally, someone doesn't deserve HIV due to promiscuity. In fact, promiscuity doesn't cause HIV. HIV doesn't care how many times you have sex, or with how many people. The virus is caught with one exposure, not by being exposed to it many times. You can catch HIV when you lose your virginity so it doesn't matter how much you have as long as you're doing it wisely. Additionally, sex is not only good but good for you. Saying someone with HIV deserves it because they have a lot of sex is puritanical at best and extremely stigmatizing at worst.

2. Rumors he infects people should be ignored until confirmed.

Tabloids are already reporting that Sheen has been spreading the virus to "dozens" of women. One article, speaking about him before the news became public, even referred to him as a "public health risk" because he has HIV.

I am skeptical, not because I don't think people can be unwise and transmit HIV, but because the tabloids themselves are quoting Sheen as saying HIV can't be detected in his blood. This isn't an implausible assertion. If you are adherent to medication, you can suppress HIV to the point where it can't be found in blood (also known as being "undetectable"). There has yet to be a recorded case of a person with an undetectable virus load transmitting HIV.

Given his socioeconomic status and additional leaked statements in which Sheen is saying that his blood "doesn't have HIV" it is likely that he is being treated, has been for years, and that he can't transmit the virus.

Why would someone say this about someone living with HIV when it is likely untrue? Because everybody likes a boogeyman, and HIV is an easy boogeyman to use as clickbait. Frankly, ignorant people always want to believe that someone is running around using HIV as a weapon and that isn't just sad; it's exploitative and the majority of the time false.

3. HIV is not the same as AIDS, and referring to it as such is cheap. 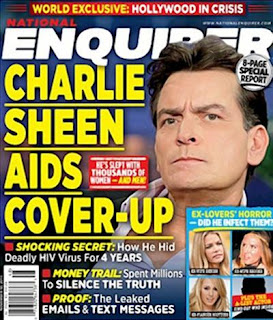 It is pretty ludicrous that I should have to say this in 2015, but HIV is not AIDS. AIDS is a condition caused by HIV. AIDS just means that the body has been unable to fight off HIV and that opportunistic infections are occurring due to the body's lack of immunity to disease. Referring to someone who is living with HIV as someone "battling" AIDS is incredibly inappropriate and is a scare tactic literally lifted from 80's-era press sensationalism.

AIDS is scary. I was close to an AIDS diagnosis once and it was a sick, awful feeling. AIDS is a word that can mean death. It's not a term to throw around lightly. And publishing that Sheen, who was previously dealing with HIV privately, as perpetuating an AIDS "cover-up" is inexcusable, especially since the majority of treated poz people living in the US today are very healthy.

Which brings me to:

4. Gossiping about someone's HIV status is not only harmful to them, but harmful to seropositive (and seronegative) people everywhere.

Let's be real. Your private health information is not my business. If you have cancer, diabetes, Crohn's disease, or really any sort of health problem, you can choose to be private about it and most people will respect your privacy.

Not so with HIV. Before I tested positive I was guilty of gossiping and you may have too; the way western society has dealt with HIV has been to sensationalize, fearmonger, and frighten. There is a ton of misinformation out there either designed to "keep you safe" or to simply get you to buy a paper.

This is harmful to people living with HIV. The more we treat it as a topic that we can gossip about, the more people spread the idea that HIV is scary, shameful, and bad. My disease is not bad. I am not ashamed of it, and you should not be scared by me and what I represent. However, I face not only social rejection but also legal repercussions due to HIV stigma. In my state someone can accuse me of not disclosing my status before sex and have me jailed. Stigma is serious and very damaging.

Not just to HIV positive folks, either. Stigmatizing discussions of HIV not only make life hard for us but have repercussions for those who don't. In fact it discourages people from getting tested and finding out they may carry the virus. One in five Americans who are living with HIV don't know about it and that's a problem-- remember that people are more infectious when not accessing treatment. We need to get as many people comfortable with being tested and informed as possible or HIV will continue to spread.

Whatever you think about Charlie Sheen (and frankly he gives me the absolute creeps) we have to understand how to talk (or not talk) about his HIV. Why? Because if you know someone who is doing it incorrectly about him, you can be sure that person is talking about someone else in a way that's just as damaging. That is dangerous, and helps no-one.

So think about what you say, and encourage others to do the same. There's literal lives at risk.

To see HIVEqual's fact checking of the Charlie Sheen story, click here.
Posted by Ian Awesome at 1:34 AM 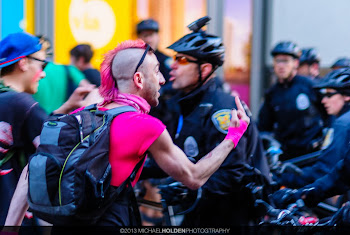 My name is Ian Awesome, and I am PISSED.

Freaks who read this crap